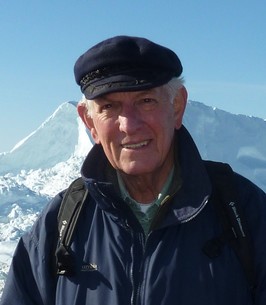 It is with heavy hearts that we announce the sudden passing of our dear husband, father, and grandfather; Capt. Alexander L. MacIntyre, 79, of Head of St. Margaret’s Bay on June 1st, 2021. Alex is survived by his beloved wife of 47 years Faye (nee MacDonald), children John, Vancouver; Janine (Billy Reyno), Halifax; and his greatest treasures, grandchildren Ellie and Alastair. He will also be sadly missed by his sisters-in-law; Phyllis MacLeod and Donette (Nelson) MacCormack; nieces, nephews, cousins and extended family and friends all over the world.

Born in East York, Ontario in 1941, Alex was the only child of the late Capt. John A. and Margaret Bella MacIntyre, both formerly of Cape Breton. At the age of 5, Alex moved to Sarnia. Growing up and living along the St. Clair River, Alex would watch ships from all over the world pass under the Blue Water Bridge. Combined with his family’s nautical lineage, it didn’t take long for Alex to begin his life at sea. He cut his teeth at the age of 12 by completing short voyages on his father’s ship. Alex completed a degree (BBA) from the University of Western Michigan in 1966, then began his long career in the marine industry by setting sail on Norwegian vessels. Alex travelled the world, accruing the required sea time and licenses and obtained his Master Foreign-Going (Master Mariner) Certificate in 1974. Soon after, his childhood dream of becoming a ship’s captain was realized when he became Relief Captain on the Gulf Canada (formerly the B.A. Peerless) in 1975. Alex went on to become Captain of the newly christened Gulf Mackenzie, which he sailed on for a number of years until becoming Port Captain in the Beaufort Sea for an oil exploration project.

In 1984, Alex joined the Atlantic Pilotage Authority (APA). Alex would often say that becoming a harbour pilot was the best decision he ever made. No two days were alike. Over his 24 years as a pilot, Alex worked with all types of vessels from passenger ships to Nimitz class aircraft carriers. If it could float, Alex was on it. After a satisfying and rewarding career, Alex retired in 2008 and later served as a member of the Board of Directors for the APA.

Parallel to Alex’s regular piloting assignments in Halifax, he began work as an ice advisor and pilot in the Canadian Arctic. He would continue to head North most summers, using vacation time when needed, from 1995 until 2018. During this time, he safely guided adventure cruise ships and superyachts through the waters of the Eastern and Western Canadian Arctic, Greenland, Alaska and Svalbard.

To say that Alex’s contributions to the Canadian marine industry were significant would be an understatement. He was involved in a number of organizations, including the Canadian Merchant Service Guild where he served as President (Eastern Branch) for 11 years. He also served as Vice President (Atlantic Region) for the Canadian Marine Pilots’ Association for 9 years. Throughout his life, he was a member of The Company of Master Mariners of Canada, The International Shipmasters’ Association, The Marine Club, and HMCS Sackville Trust. He was also a supporter and one-time board member of the Halifax Mission to Seafarers.

To his family and friends, Alex was a man with plenty of seafaring tales to tell, most of which were true. He truly enjoyed life to the fullest and his passion for travel never wanned. Following a trip to the Antarctic in 2014, he visited the last of seven continents. Alex had an endless thirst for knowledge, especially when it came to aviation and military history. His long-time love affair with the History Channel tested the patience of his children and the capacity of the PVR. One of Alex’s greatest pleasures was travelling to Cape Breton in the summer, to spend time with family, friends, and visit the “old place”; a tradition that began when he was a child. He developed a love for Cape Breton music and would never miss an opportunity to hear a few tunes and dance some square sets with Faye. Alex was a kind and empathetic man, who was a real gentleman and a true friend to many.

In lieu of flowers, donations in Alex’s memory may be made to the Halifax Mission to Seafarers, Zion-Wesley United Church in Gabarus Lake, or KidSport Nova Scotia.

Due to existing COVID 19 restrictions, there will be no visitation at this time. A celebration of life for Alex will be held at a later date when family and friends can gather.