To share your memory on the wall of Antoni Wojcik, sign in using one of the following options:

Aged 69 of Glen Haven, NS, died peacefully at home surrounded by family after a long battle with cancer. He will be forever missed by his wife of 44 years, Jane, his children, Mandy (Tyler), Laura (Marc)... Read More
Antoni (Tony) Wojcik, Col (Ret)

Cremation has taken place and a celebration of his life will take place in the future when we can gather again. Online condolences can be offered at www.rawalker.ca
Read Less

Receive notifications about information and event scheduling for Antoni

There are no events scheduled. You can still show your support by sending flowers directly to the family, or planting a memorial tree in memory of Antoni S. Wojcik.
Plant a Tree

We encourage you to share your most beloved memories of Antoni here, so that the family and other loved ones can always see it. You can upload cherished photographs, or share your favorite stories, and can even comment on those shared by others.

Posted Dec 06, 2020 at 08:16am
Jane I just found out that To y had passed in May. I am so sorry for your loss. It is so hard to learn how to live without our life long love. It has been six years since Terry passed and I still think of him every day but able to smile instead of cry now. Remember him and talk to him. My thoughts are prayers are with you. Love Kathy Scott (Gaffney)
Comment Share
Share via:
FE

Posted Jun 13, 2020 at 06:11pm
Jane and family,
I was so surprised and saddened to read today of Tony's passing. Although my encounters with him were brief while he was Honorary Colonel with 14 CES he spoke like we had known each other for years. He was kind and sincere and always made time for a one-on-one conversation. I wish you and your family all the very best as you deal with this terrible loss.
Frank Edison
Comment Share
Share via:
DJ

Fred and I were surprised to read in the paper of Tony's passing. Our condolences go out to all of you. I know he will be greatly missed.

Posted Jun 10, 2020 at 06:17pm
Jane, we are truly sorry for your loss, Tony will be missed by us all. He was the bright light in the room at every social gathering, his smile was contagious. He was an amazing boss from whom we learn tremendously, a dear friend with whom we shared a few good bottles.

Mandy, Laura and Danny, although you were very young, together we enjoyed many camping and fishing trips in the Cold Lake area and it sure was beautiful to see how Tony loved his family. These week-end excursions were always so much fun, we will always cherish these memories. In these moments of sorrows, we hope that you will find some comfort in knowing that your dad was highly respected as a boss, and much loved as a friend.

To the four of you and your families, and to Tony’s family, we offer you our deepest sympathy 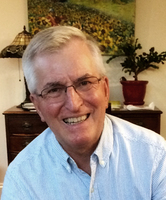 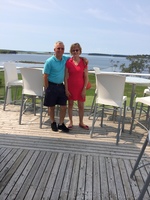