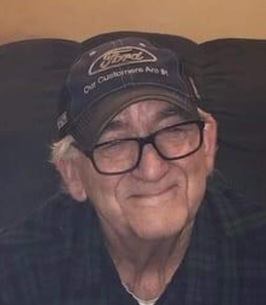 Basil Thomas James Hughes
March 2, 1944 – January 11, 2021
76, It is with great sadness that the family of Basil Hughes announces his sudden passing on January 11th, 2021, at home. Born in England, March 2nd, 1944, to Basil and Olive (nee Colley) Hughes, he immigrated to Canada with his family in 1958.
Basil is survived by his loving wife Diane (Kedy), sons James (Ruth), David (Vickey), Robert (Jodi), Glen (Jen), brothers Billy and Stuart (June), sister Violet, grandchildren Amanda Brown (Shawn), Tabitha Hughes, Zack Hughes, Chad Hughes, Garion Hughes, great grandchildren Sophia and Liam Brown, sister-in-laws Charlene Logan, Lillian Fraser (Billy) and brother-in-law Art Kedy, as well as many nieces and nephews. He was predeceased by his parents, Basil and Olive.
Basil enjoyed spending time with his friends, both at home in his garage, and at his camp. He will be greatly missed not only by his family, but by his buddies, in particular his brother Stuart, and friends Bruce, Gordie, Terry and Chris.
There will be no funeral service. A private gathering to celebrate Basil will be held at a later date.
Online condolences can be made to www.rawalker.ca