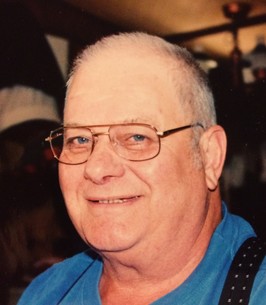 Bernard P. MacMillan
It is with heavy hearts we announce that our dad, Bernard Peter MacMillan, passed away quietly at Glen Haven Manor in New Glasgow on May 10, 2021 from complications of Diabetes. He is now reunited with his loving wife Mabel, around whom his world revolved and whom he has longed to be with since her passing in 2014. Born in Halifax on April 15, 1938, Bernie lived the majority of his life in Head of St. Margaret’s Bay and Marble Mountain, Cape Breton, two places he loved. He met his beautiful wife, Mabel, at a dance and married her six months later in June 1958. Their life continued with 3 daughters, 2 granddaughters, 4 grandsons and 3 great-granddaughters. Bernie was a jack of all trades including his many years with Archibald Coal and Fuels, where he followed the times from coal to oil to burner mechanic and crane operator, and later worked in automotive repair, landscape work and excavation vehicle operation. Throughout his life he was an avid hunter, fisher and repairer of all things mechanical. He enjoyed the company of many pets including horses, cats and his treasured dogs. Bernie is survived by his loving daughters, Bev Brown (Boe Hanson), Valerie Cyr (Richard), Shelley Bancroft (Colin); grandchildren, Sarah Chen (Johnny), Jordan Brown, Gabe Hanson, André Cyr (Sara), Danielle Cyr (Rhiannon MacDonald), Cory Bancroft (Elaine Bourgeois); great-granddaughters, Lyla Hanson, Harper Chen, October Cyr; special daughters, Heather Morash-Desjardins (Mark), Robyn Landry; and special grandson, Devin Morash. Also mourning his passing are his brother and sister-in-law, Eric (Buzz) and Norma Frederick; brother-in-law, Donnie Isnor; uncle and aunt, Weldon and Emily Rhyno; aunt, Glenna (Rhyno) MacKinnon; uncle and aunt, Arnold and Sharon Rhyno; as well as many nieces, nephews and cousins. He will especially be missed by his dog, Tiny. Besides his wife, Mabel, he was predeceased by his parents, Peter and Thoressa (Rhyno) MacMillan; and his brother, Robert Riley. Special appreciation is sent out to all who cared for Bernie in his last years: staff at Glen Haven Manor, Sutherland Harris Memorial Hospital Restorative Care, VON of Pictou County and 4th Floor, 5th Floor and Emergency Room staff at Aberdeen Hospital. Your special care will always be remembered. Also many thanks are sent to McLaren Funeral Home of Pictou and Ronald A Walker Funeral Home of Tantallon, for final arrangements. Cremation has taken place and a service will be held at a later date at Ronald A Walker Funeral Home in Tantallon. No flowers at this time. Donations may be made to the VON of Pictou County, Diabetes Canada, or other of your choice. Online condolences may be made at www.mclarenfuneral.ca or www.rawalker.ca