To share your memory on the wall of Charles Thompson, sign in using one of the following options:

Receive notifications about information and event scheduling for Charles

There are no events scheduled. You can still show your support by sending flowers directly to the family, or planting a memorial tree in memory of Charles Samuel Thompson.
Plant a Tree

We encourage you to share your most beloved memories of Charles here, so that the family and other loved ones can always see it. You can upload cherished photographs, or share your favorite stories, and can even comment on those shared by others.

Posted Sep 28, 2020 at 01:05pm
Dear Cheryl, Kevin and families,
I have just learned of Mr. Thompson’s passing, I was so very sad to hear this. I have such lovely and fond memories of both your parents. What fun we had when we went camping in your fifth wheel over to PEI, I always felt so welcomed in your home. He was a wonderful friend and neighbour to my Dad, such a kind soul he was. Would always see him and Kevin together, two peas in a pod! My deepest sympathies to you all, such a loss. Your posted pictures are wonderful, they had a full life full of love and and a little bit of adventure. I’ll never forget Mrs. Thompson telling me after a visit out to the Sunshine Coast that she had to bang pots to scare the bears away when she took Kalie and Scott to the bus in the morning..she said ‘that Cheryl!’

Posted May 29, 2020 at 02:32pm
So sorry, just heard of Charlie's passing today. He was a necessary part of the Dalhousie University Biology Department when I was pursuing graduate studies there in the late 1980s, early 1990s. He was always happy to construct some special piece of apparatus or holder for our lab and created some beautiful plexiglass boxes with handles and shelves with holes of the proper diameter to hold the many SEM samples for the Scanning electron microscope. I think those are still in use today in the microscopy unit. His craftmanship was designed to stand the test of time, and his attention to detail was exquisite. Sincere condolences to his family.
Comment Share
Share via:

Posted Apr 22, 2020 at 07:36pm
So sorry to hear of Charlie’s passing. I always looked forward to seeing him at the hardware store. He was definitely one of my favourite customers at Redmonds.
Thinking of you all.
Comment Share
Share via:
JA

Posted Apr 16, 2020 at 07:31pm
Cheryl and Kevin and families, so sorry to read this, my sincere sympathy to you all. Your Dad was a very special gentleman and friend.
Comment Share
Share via:
MS

Posted Apr 15, 2020 at 07:08pm
Charlie was a wonderful neighbour and friend. Always willing to lending a hand and helping to solve a problem with woodwork or repairs. He will be greatly missed.
Sincere sympathy and prayers Marg Sullivan..
Comment Share
Share via: 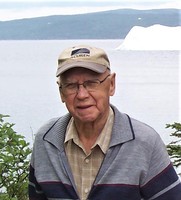 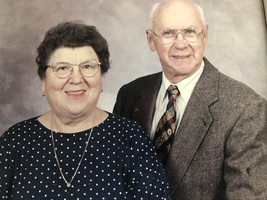 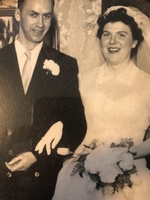 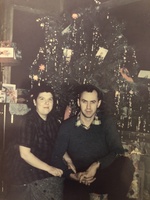