To share your memory on the wall of David Locke, sign in using one of the following options:

We are heartbroken to announce the sudden passing of a thoughtful, kind, and humble man, David Samuel Locke, 52, of Upper Tantallon. Born on August 29, 1968, Dave was a proud Newfoundlander, spending his early years in Buchan... Read More
David Locke

We are heartbroken to announce the sudden passing of a thoughtful, kind, and humble man, David Samuel Locke, 52, of Upper Tantallon. Born on August 29, 1968, Dave was a proud Newfoundlander, spending his early years in Buchans with his parents and sisters. When Dave was 10, the family moved to Elliot Lake, ON where he spent the remainder of his youth enjoying many activities including gymnastics and breakdancing to his beloved 80”s music.

After graduating from Elliot Lake Secondary School, he joined the military which brought him to CFB Cornwallis in 1988 where he met long-time friends Doug, Ray, Mark, Pete, Daryl and his closest buddy Tom who was by his side when he passed away. Dave retired from the Navy in 2017 as Chief Petty Officer 2nd Class, then moved into a civilian job with DND, his latest position being Senior Electrical Technologist at the Fleet Maintenance Facility, Cape Scott. Throughout his career, his work ethic, knowledge, and can-do attitude, made Dave the go-to guy, the one you could always count on; he was very well-respected by his peers.

Of course, it was here in Nova Scotia where he met and married his best friend and the love of his life, Michelle, where they built a loving home and family together. They were meant to be from day one and would have been married 23 years this June. Michelle and Dave settled in Upper Tantallon, creating a wonderful home life, and raising their three beautiful children, Jacob, Chloe, and Lydia. He spoke with immense pride about them all, and he was the cool, ultimate Dad that every kid wanted.

Dave enjoyed life and had many hobbies such as golfing, ATVing, and cooking. Thanksgiving Dinner will never be the same. He was talented, too, often playing the guitar for his family, what he modestly called humming and strumming; and he could fix and build anything he put his mind to.

He was incredibly giving and was known for his willingness to help friends and family at the drop of a hat. He also spent many years organizing the military’s annual Christmas Hampers and Toys drive for the Salvation Army, receiving the Queen Elizabeth II medal for outstanding contributions to his community.

In addition to Michelle, Jacob, Chloe and Lydia, Dave is survived by his parents Clarence and Shelia Locke; sister Debbie LeCoarer (Paul); sister Denise (Emy Song); mother-in-law Rose McCracken; brothers- in- law Mark (Jackie), Jeff (Tracie), and Peter (Lori); 6 nieces and nephews; as well as best friend Tom Levesque (Nikki, Hailey and goddaughter Emma). He was predeceased by his father-in-law Tony. May Dave’s compassionate and caring soul shine down on us all forever.

A family celebration later in the year will take place when Covid restrictions allow. Online condolences to the family can made at www.rawalker.ca Donations may be made to the Heart & Stroke Foundation of Nova Scotia.
Read Less

Receive notifications about information and event scheduling for David

There are no events scheduled. You can still show your support by sending flowers directly to the family, or planting a memorial tree in memory of David Samuel Locke.
Plant a Tree

We encourage you to share your most beloved memories of David here, so that the family and other loved ones can always see it. You can upload cherished photographs, or share your favorite stories, and can even comment on those shared by others.

Our deepest sympathy in the loss of your dear husband, father and son-in-law. Tarah wrote to us about the sad news last weekend and you have been often in our thoughts and prayers. From reading his obituary one could easily understand what a “special” and much loved man he was. Always keep in mind that those we hold most dear never truly leave us. They live on in the kindness , love and joy they brought into our lives. Take care of each other and God Bless.
Comment Share
Share via:
VP

Posted Jun 11, 2021 at 11:38am
Hold tight to your memories, for they will be your treasures in the days to come. With love and prayers.

Posted Jun 11, 2021 at 07:57am
My sincere condolences to all of David's family and friends... he was a great guy, with a great sense of humour and a big heart . He will be missed by so many... Rest in Peace in my friend...
Comment Share
Share via:
CT

Posted Jun 10, 2021 at 10:55am
The Management and Staff at Canadian Tire Tantallon would like to express our heartfelt sympathy to the family and friends of David. He will be missed by many.
Comment Share
Share via:
LS

So sorry to hear of the passing of your husband David. Thinking of all of you during this very difficult time.

Andre and Lisette Janveaux Our sincere condolences to all of Davids family. 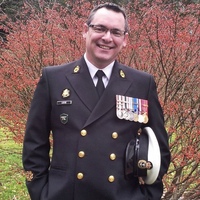