To share your memory on the wall of Dawn Ryan, sign in using one of the following options:

Age 62, of Timberlea, daughter of the late Edward & Shirley (Boutilier) Ryan. Dawn left us Friday, unexpectedly, yet peacefully, in her sleep. Saddened and missing her is a multitude of people whose lives she has enriche... Read More
DAWN MARIA RYAN

Age 62, of Timberlea, daughter of the late Edward & Shirley (Boutilier) Ryan. Dawn left us Friday, unexpectedly, yet peacefully, in her sleep. Saddened and missing her is a multitude of people whose lives she has enriched with every smile, kind deed and wise words. Dawn held her small family close to her heart, survived by her brother Dale and wife Jackie (Wile), nephew Jeffrey (Karen) and niece Stephanie. Known as “Aunt Dawn” to so many whose lives she touched, including her special neighbors Sullivan, Megan and Tyler. Dawn had a special place in the hearts of the Tilley family who loved her very much.

Dawn was a Victoria General Hospital graduate, Class 1976-1977. She graduated with her Bachelor of Nursing from Dalhousie University in 1988. She contributed significantly to our Metro Health Care System, beginning her career at Camp Hill as a staff nurse, then nurse manager and eventually became director of resident care at Parkstone Enhanced Care. She retired in 2016 as Administrator. Dawn was devoted to her career and was an advocate for not only her patients but staff and coworkers as well. She was highly regarded by anyone fortunate enough to work alongside her throughout her career. She frequently used the phrase ‘we work really hard and have fun while doing it’, this was a driver for many of the everlasting friendships she formed with so many of her colleagues over the years. Dawn was often the planner of the annual ‘fishin’ trips’ or pool parties; always encouraging social activity and team building.

Her love of treasures, history, music, and friendship will be missed by so many. She leaves her life-long best friend Charmaine and her special cousin Annie who said it best as she expressed her feelings of loss; “we lost an earth angel, a soul sister, a mentor and a friend”.

A celebration of life will be held 11 am Friday, July 19th in the Ronald A. Walker Funeral Home, 13549 Peggy’s Cove Rd, Upper Tantallon. In lieu of flowers, donations can be made to a charity of your choice. Online condolences can be made to www.rawalker.ca
Read Less

To send flowers to the family or plant a tree in memory of Dawn Maria Ryan, please visit our Heartfelt Sympathies Store.

Receive notifications about information and event scheduling for Dawn

We encourage you to share your most beloved memories of Dawn here, so that the family and other loved ones can always see it. You can upload cherished photographs, or share your favorite stories, and can even comment on those shared by others.

Posted Jul 23, 2019 at 01:21pm
My condolences to Dale , Jackie and family. Dawn and I have known each other since 1974 and the nursing days at the Victoria General Hospital and the great times we had at the nurse residence. Since I moved to the west coast she and I have had lunch many times when I come back to visit family and friends. I will miss that infectious laugh and her wonderful sense of humour.
Rest easy my friend, you will never be forgotten .
Comment Share
Share via:
MS

Posted Jul 19, 2019 at 09:57pm
My condolences to the family. Dawn was a great coworker, mentor and leader that has left me with wonderful memories within my nursing career. She will be forever remembered.
Comment Share
Share via:
SF

Posted Jul 19, 2019 at 08:15am
Sorry for you loss. As long as we hold our loved ones in our memories and our hearts, they'll always be with us and never truly gone.
Comment Share
Share via:
RA

Posted Jul 18, 2019 at 05:30am
So sorry to hear of the passing of your sister Dale. I hope you and Jackie find strength in your family and friends at this very emotional time.

Posted Jul 17, 2019 at 09:16pm
So sorry for your loss Dale, no matter what the age it’s always too soon when they leave us but the memories
will last forever. Sincere condolences from Edie and Jim
Comment Share
Share via: 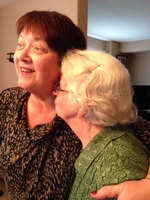 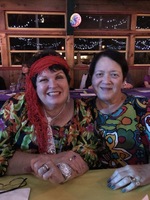 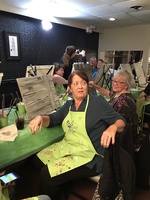