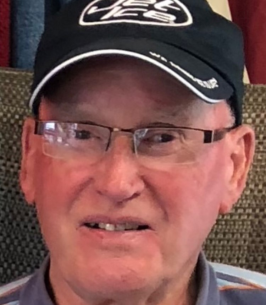 Age 91, died peacefully at the QEII on July 25, 2021. Born in Halifax he was the son of the late Arthur and Marion (Morash) Scarfe. Duck worked over 30 years as a surveyor for The Department of Transportation. Duck’s Happy place was going to the camp for a little hunting with his nephews, Tim and Robb. While at the camp he enjoyed playing crib and bantering with the boys.

Duck was a well decorated sailor, he represented Canada in The Dominion Snipe Championship alongside his brother David, winning the cup two times. Duck’s next big win would be the Prince of Whales Cup. During Duck’s sailing days you could find him at the helm of The Hayseed, The Rab, or The Thunder but his favorite sailboat was his very own, The Linnet.

Duck is survived by his brother, David; sister, Connie and many nieces and nephews. Predeceased by his wife, Mitzi (Hopkins), and brothers, Ernie, Tom and Michael.

As per Duck’s wishes there will not be a service. A celebration of life will take place at a later date.