To share your memory on the wall of Douglas Poulton, sign in using one of the following options:

of Hubbards, previously of Glen Haven, passed away suddenly at home on Sunday, December 22, 2019 at the age of 71. Born in Ontario he was the son of the late George and Margaret (McConkey) Poulton. Doug ... Read More
Douglas James “Doug” Poulton

of Hubbards, previously of Glen Haven, passed away suddenly at home on Sunday, December 22, 2019 at the age of 71. Born in Ontario he was the son of the late George and Margaret (McConkey) Poulton. Doug will be lovingly remembered for his devotion to his family and to his Nova Scotia neighbours. His welcoming "Well, hello there" and his genuine interest in those he met will be missed by all who had the pleasure of knowing him. He leaves behind his wife, Sandra (York); stepchildren, Sue (Dave) Salmon and Dave McCreary; sisters, Ruth (Robert); Marion and Phyllis (Sonny); brother, Bob (Kathryn); grand-children, great grandchildren and several nieces and nephews. Besides his parents he was predeceased by his stepson, Brad McCreary; brother, Ron and infant sister Patricia. We will share memories of Doug, 5-7 p.m. Thursday, January 2 and 1-3 p.m. Friday, January 3 both in the Ronald A. Walker Funeral Home, 13549 Peggy’s Cove Road, Upper Tantallon. A private family service will be held at a later date. In lieu of flowers donations can be made to William Black Memorial Church or The Seniors Association Group.
Read Less

To send flowers to the family or plant a tree in memory of Douglas James Poulton, please visit our Heartfelt Sympathies Store.

Receive notifications about information and event scheduling for Douglas

We encourage you to share your most beloved memories of Douglas here, so that the family and other loved ones can always see it. You can upload cherished photographs, or share your favorite stories, and can even comment on those shared by others.

Calixto sent flowers to the family of Douglas James Poulton.
Show you care by sending flowers

Posted Jan 16, 2020 at 03:46pm
Sandra, Pete and I just read in the Masthead News about your profound loss . My heart is heavy. I remember the laughs we shared when you were in the wee building at the corner of Indian Point Road before you moved to the larger spot on the ocean. We discussed marketing and decorating ideas for your small space so people could gather and socialize. Thinking of you and holding you in our thoughts. Such a loss. Doug was one of a kind.
Comment Share
Share via:

Posted Jan 14, 2020 at 07:51pm
So sorry to hear of Doug's passing. He will always be remembered fondly by our family, particularly as the 'baker', who always made you feel welcome.
Comment Share
Share via:

Posted Jan 05, 2020 at 01:09pm
My condolences to the Poulton family for their loss. Doug was a great man - a person you could depend on, a person who kept steady during the hard times and always encouraged and supported the people around him. I appreciated his friendship. He will be remembered and missed. Tim Kohoot
Comment Share
Share via:
C

Posted Dec 31, 2019 at 02:18pm
For 15 years Doug and Sandra filled our home with goodies during our Bed and Breakfast days. They were missed when they sold the Bakery, but Doug keep on giving to the community in so many ways. Always there at the ready to offer a cheery Hello, and help in any way he could. He will be sorely missed by Sandra and family. Our heartfelt sympathies to them. Take comfort in the fact that Doug has earned his place in Heaven! 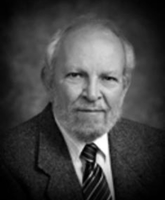