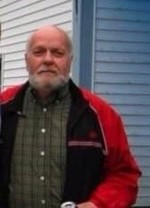 It is with heavy hearts we announce the passing of Edward John Doig Benvie, age 66, of Halifax. Edward died comfortably at Northwood Manor on April 18, 2020. He was born March 26, 1954 in Liverpool to the late Arthur Benvie and Eva Watts. He is survived by three sons, Edward (Wanda), Michael (Kimberlee) and Joseph (Tammy); and 12 grandchildren of whom he was very proud.

Edward worked for a number of years maintaining Halifax the Public Gardens, and as a deliveryman for DHL. He made his home both in the Halifax area and for a period of years in Charlestown, NH. Edward had a great sense of humor and was able strike up conversations easily. He loved music, and took great pride in his guitar collection. He spent most evenings listening to country and bluegrass music and cataloging song lyrics. Edward generously offered his talent to others and was happiest when performing. He was loved and will be missed for all that he added to the lives of others. Due to Covid-19 a Celebration of Life will be held at a later date.