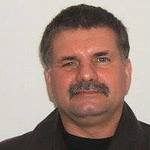 Frank Arthur Saulnier
64, of Halifax, passed away on Saturday, January 18, 2020 at home. Born in Halifax he was the son Estelle Saulnier, Hubley and the late Stanley Saulnier. Frank was raised in Harrietsfield, seeking more adventure out of life he moved to Calgary as a young adult. He lived in Calgary for several years before he moved to Nunavut where he was employed as a Property Manager for a Government Department. After his daughter was born, he retired and moved his family back to Nova Scotia so he could raise his daughter surrounded by family. Frank took joy in raising his daughter Alyssa and was very proud of the young woman she has become. Shortly after returning to Nova Scotia Frank ventured into several entrepreneurial endeavors. An avid outdoors-man, Frank enjoyed hunting, quo hogging, clam digging and berry picking in the summer. He also enjoyed a good game of darts and cards (in the shed). Frank loved making jig saw puzzles, playing board games and computer games. Frank was also a bit of a handy-man and he never met a computer problem he couldn't fix. Frank will be missed dearly by his family and friends. Survived by his daughter, Alyssa, Halifax; brothers, Paul (Shirley), Calgary; Bruce (Prena), Fox Point; sister, Brenda (Darrell) Nicholson, Hubley; Several nieces and nephews and great nieces and nephews. Predeceased by his wife Sita. The family will receive visitors 4-6 p.m. Friday, January 24th and Funeral service 11 a.m. Saturday, January 25th both in the Ronald A. Walker Funeral Home, 13549 Peggy’s Cove Road, Upper Tantallon. Rev. Brieanna Andrews officiating. In lieu of flowers donations can be made to the Heart and Stroke Foundation of Nova Scotia. Online condolences can be made to www.rawalker.ca