To share your memory on the wall of James Pinhey, sign in using one of the following options:

Print
James (Jim) Allan Pinhey (88)
Dearly loved husband, father, grandfather, uncle and friend, Jim died peacefully on June 20th, 2019. Born Sept 19, 1930 in Milton, NS, Jim grew up living on the water, enjoying nature and working hard. He left sc... Read More
James (Jim) Allan Pinhey (88)
Dearly loved husband, father, grandfather, uncle and friend, Jim died peacefully on June 20th, 2019. Born Sept 19, 1930 in Milton, NS, Jim grew up living on the water, enjoying nature and working hard. He left school at the age of 18 and began working with the Nova Scotia Power (NSP) Commission in his hometown, testing soil and concrete used for the construction of dams. He soon moved away from home to assist in building power plants and hydro dams “from one end of NS to the other”. It was when he lived in Head of St Margaret’s Bay that he met the love of his life, Carolyn Joyce Nicoll, in the United Baptist Church choir. Music played a large part of Jim’s life until the end of his days. Jim spent a long six months in the hospital with TB in the early part of their relationship, but love prevailed and they were wed in December, 1956. They moved into a small house in the Bay where Jim worked at the local NSP office, began a family and then moved to Weymouth. Upon returning back to the Bay area, they had grown to a family of four, and lived in a friend’s home while building their own place in the Head of the Bay. This is where they lived the rest of their life together and grew to a family of six. Jim’s innate ability to know how much things would cost, from car repair to thermal generating stations, took him to a senior management position with NS Power working as a Cost Control Engineer until his retirement at the age of 55 with “39 ½” years of dedicated service. Upon his retirement, he reignited his passion for fly fishing and fly tying, and became known as “Muddler,” able to raise a trout or catch a salmon in front of others who had been fishing the same pool all day for naught. He and Carol had many travel adventures, from Caribbean cruises to European tours, to visits with friends and family around the globe. Jim volunteered throughout his life, giving his time to many causes, including Scouts Canada, the St Margaret’s Bay Recreation Association, various youth sports teams and of course, was an integral member of the St Margaret’s Bay United Baptist Church, acting as Deacon and Treasurer for decades. Jim was also an avid bowler and badminton player, not to mention a real “ringer” at horseshoes! His grandchildren became his pride and joy in his retirement, spending quality time with all of them, as much as possible. Although the man we knew and loved was taken away from us slowly by Alzheimer’s disease, we are thankful for the many years that we were able to enjoy his sharp wit and mind. He never ceased to be able to make us laugh. He used these tools to make friends easily, although he never suffered fools gladly. We all endeavour to carry on in his honour, and pass this on to future generations. Jim was predeceased by his mother, Tessa (Hunt) Pinhey and father, John Pinhey, siblings Elizabeth (died at birth), Robert (died at a very young age), Sid, John (Jack), Tom, Lillian (Henning) and Helen (Glawson). Jim is survived by his loving and devoted wife of 62 years, Carolyn Joyce (Nicoll) Pinhey; children: Jeffrey (Laura Macdonald), Scott (Suzanne Comeau), Craig (Christine Comeau) and Lisa (Peter Covey); grandchildren Graham, Theresa (Ryan Brookwell), Lucas, Gregory and Rachel; many nieces and nephews.
Cremation has taken place. Funeral service to be held 11:00 am on Friday, June 28th at Head of St Margaret’s Bay Baptist Church. Internment following the service at the Mason’s Point Cemetery, with reception to follow back at the church. We would like to say a special thank you to the wonderful staff of the third floor of Arborstone Enhanced Care for their care over the past two years, especially during Jim’s last days. Thanks also to Aaron Hartling for his help in caring for Jim in the time leading up to his admission to Arborstone. In lieu of flowers, donations may be made to the Alzheimer Society of Nova Scotia. www.alzheimer.ca/en/ns. Online condolences can be made to: www.rawalker.ca
Read Less

To send flowers to the family or plant a tree in memory of James Allan Pinhey, please visit our Heartfelt Sympathies Store.

Receive notifications about information and event scheduling for James

We encourage you to share your most beloved memories of James here, so that the family and other loved ones can always see it. You can upload cherished photographs, or share your favorite stories, and can even comment on those shared by others.

Posted Jun 28, 2019 at 12:28pm
Carolyn, Lisa and family
WIsh we could've been there today with you but unfortunately we could not. It was an honor to take care of Jim and be a part of his life story. I will miss my star bowler and dance partner. Thinking of you
Donna and Jeff Shadbolt
Comment Share
Share via:
TH

Posted Jun 26, 2019 at 03:16pm
Carol, The Pinhey and Hoskin families have been intertwined for many years, as neighbours and good friends. My heartfelt condolences for your loss and ours. Always the quick wit and helping hand, Jim will be missed.
Comment Share
Share via:
RC

Posted Jun 26, 2019 at 12:02pm
To Carolyn and family, I extend my deepest sympathy to you. I was very saddened to hear of Jim’s passing. I fondly remember him from my time living at Head of Saint Margaret’s Bay.
Comment Share
Share via:
ST

Posted Jun 25, 2019 at 08:58pm
We offer our sincerest sympathy to Carol and family. Jim was a valued mentor and friend during my years at NS Power. Fishing trips with Jim are cherished memories.
Stewart and Diane Thibault
Comment Share
Share via:
EB

Posted Jun 25, 2019 at 08:29am
Jim was a funny guy always with a smile. He always made us laugh and his love for Carol was inspiring. We pray for your peace in the knowledge that Jim is in a better place. 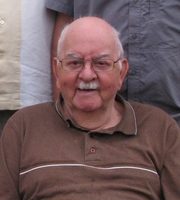