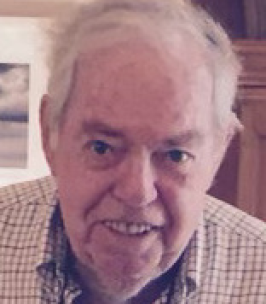 passed away in Halifax at 79 years of age on Nov 10, 2021. Born to George Arnold “Dusty” Miller and Leola Marie “Lee” (Benjamin) Miller. Doug was an only child of a Royal Bank manager, which meant growing up in several locations, Sydney, Halifax, and Kentville. Both of Doug’s parents had family roots in the valley area (Kentville and Gaspereau). A cottage on Aylseford Lake that has been in the family since 1933 continues to be both a summer retreat and a connection to the family’s valley heritage. Doug graduated form Mount Allison University (Varsity Hockey) and Technical University of Nova Scotia as an Architect. His career was his passion. His early career began in Charlottetown, P.E.I. where he grew his architectural firm into one of the lalrgest in the province (Miller Associates). In 1981 Doug achieved becoming the President of the Royal Architectural Institute of Canada (R.A.I.C.) and an honorary member of the American Institute of Architecture. This distinction was remarkable as the R.A.I.C. Presidency is rarely awarded to Architects beyond Canada’s major city centres. In the mid 80’s his family moved with his career to Halifax to start a new firm (Miller Group). Doug worked with many Halifax developers to build churches, apartment buildings, commercial centres and downtown hotels. Doug’s designs are everywhere through out the city, but perhaps most prolific in Bedford. Doug developed a reputation, especially among immigrant Canadian developers, as a man who could get things built. Doug especially enjoyed fishing for brook trout. Whenever driving alone (between job sites that took him out of the city) he would pull over to the side of the road and sneak in a few hours of fishing. It was a rare singular indulgence – a break from everything, a youthful reminiscence, and a sanctuary of perfect design made of water, stone and reeds.
Doug lived with Charlotte Jo Beale through his last years, in a beautiful house/gallery in Glen Margaret surrounded by displays of artworks. Doug co hosted visitors, tourists, friends and his family, Jo’s daughter Wylie Roberts and the Beale family. He always maintained a gracious, joyful, witty manner. It is with gratitude we hold these valuable years and to recall Doug’s recognition and acceptance, his enthusiastic, complex and perceptive qualities.
Doug is survived by Kathleen Foley (first wife) with whom he had two boys, Keith Miller (Arlene Girardin) Halifax, and Brent Miller (Tammy Heckman) Lunenburg. Doug married again to Donna Gail Cameron (deceased), and is survived by stepdaughter Christine Bales (Halifax); stepson, Cameron Bales (Sandra) and granddaughter, Cassiopia, (Ottawa).
Doug’s cremated remains will be placed in grounds at his family cottage on Aylesford Lake, Kings County at a later date.