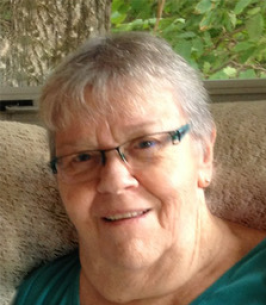 June Marie Gallant
It is with heavy hearts that we announce the passing of Marie, 84, she passed away peacefully in hospital with her family by her side on Wednesday May 25, 2022. She was born June 20, 1937 in Halifax, Nova Scotia and she never left Lakeside where she was raised and went on to raise her own family. Married to Peewee in 1954, Marie dedicated her life to staying home to raise her children. Her love for her family only became stronger with the birth of her first grandchild. The family continued to grow, and so did her love. After Peewee’s retirement, they spent the last 20 years of their lives with South Mountain Park Campground as their second home. Here they had many friends and many great times. Marie was predeceased by her parents, Helen, and Gerald Nicholson; her brother Junior; sisters, Patsy and Phyllis; and grandson, Luke. She is survived by her sister, Chick; children, Stephen, Blair (Carol), Germaine (Rene) and Timothy. She is also survived by her grandchildren, Natasha (Sheldon), Adina (Mark), Heather, Stephen (Kelsey), Ryan, Lindsay, Richard (Kira), Christopher (Ashley), Michelle; and great grandchildren, Madden, Reid, Cameron, Dean, William, and Oliver. There will be a visitation held at the Ronald A. Walker Funeral Home at 13549 Peggy’s Cove Road, Upper Tantallon on Thursday June 2, 2022 between the hours of 6-8 pm, followed by a graveside service Friday June 3 2022 at The Gate of Heaven Cemetery in Lower Sackville at 10 am for close friends and family.