To share your memory on the wall of Kai Matthews, sign in using one of the following options:

With broken hearts, we sadly announce that Kai Matthews passed away suddenly and tragically on Tuesday, June 1, 2021. He was only 19 years old. There are no words to express our grief and disbelief that this ... Read More
Kai Matthews
2002-2021

With broken hearts, we sadly announce that Kai Matthews passed away suddenly and tragically on Tuesday, June 1, 2021. He was only 19 years old. There are no words to express our grief and disbelief that this amazing young man is gone too soon.

Kai was an all-in player no matter what game he played in life. He was well-known in the community both for his strength and skills as a soccer player with Halifax County United, and for his swagger and style as a freestyle snowboarder with Nova Scotia Snowboard. In 2019, Kai proudly represented Team Nova Scotia at the Canada Winter Games. His laid-back confidence attracted friends and established his position as a gentle, inspiring leader. One of his soccer coaches described him best by calling Kai the most ‘even keeled’ athlete he had ever coached. He was the winger that you wanted on your team and the wingman that you wanted as a friend.

Kai was fortunate to have experienced and accomplished more in his 19 years of life than most people do in a lifetime. His round-the-world year of travel at age 12 brought him to over 52 countries, giving him a broader view of the world and an appreciation for home.

Kai had such a gentle, welcoming, and non-judgmental presence which put everyone at ease. Around Kai, you would feel calm even during the craziest of situations. He was an extroverted introvert: under the right circumstances he could either be the rowdy life of the party, or a quiet and reserved gentleman with a bashful but illuminating smile. He gave the best and most comforting hugs. On his birthdays, we think Kai loved giving the hugs as much as receiving the presents.

Kai loved his time at Sir John A hanging with ‘the boys’ (shout out to the Tant X Timbo!) and this is where he also found his soulmate and true love of three years — Paige.

He was studying Kinesiology at Acadia University and had just finished his first year. He was so excited to start his second year in the fall and share an apartment with his group of friends. He had a bright future ahead of him. There is no doubt.

Kai is survived by his Mom Kari, his Dad Norrie, his Sister Vea, Mamor Unni and Christer, and his Grandma Beth. Aunts and Uncles: Beth and Tony, Geir and Laura, and Nicole. Cousins: Brennan and Courtney, Malia and Matt, Jaida, Espen, Annika and many cherished extended family and friends in Canada and Norway. We like to think that Kai is now one with Grandpa John (DJG), Bestefar Ragnar, Nana Carole & Uncle Mike.

Think of Kai whenever you see a Lupin blooming on June 1st.

“Gone too soon, gone too soon. Left with the waning moon.”
- Catherine MacLellan, Gone Too Soon

A memorial fund in Kai’s name has been set up with two sporting organizations which Kai loved and actively participated in: Halifax County United Soccer http://www.hcusoccer.ca and Nova Scotia Snowboard http://www.nssnowboard.ca
Details for memorial donations can be found on both websites.

A celebration of life for Kai will be held in the summer when all friends and family are able to gather again.
Read Less

Receive notifications about information and event scheduling for Kai

Print
Thank you to everyone who has chosen to plant a tree in memory of Kai, however, going forward the family would like to encourage anyone who wishes to make a memorial donation to consider contributing to memorial funds set up in Kai's name through Halifax County United Soccer and Nova Scotia Snowboard - two organizations that Kai loved and actively participated in. Funds collected will be put toward Annual Kai Matthews Awards for participating athletes in either organization. Details can be found on the following websites: http://www.hcusoccer.ca and http://www.nssnowboard.ca

We encourage you to share your most beloved memories of Kai here, so that the family and other loved ones can always see it. You can upload cherished photographs, or share your favorite stories, and can even comment on those shared by others.

3 trees were planted in the memory of Kai Matthews

10 trees were planted in the memory of Kai Matthews

we are so very sorry. kai was an amazing young man, we are heartbroken for the entire family. sending love and strength. Kelly & Jason
KW

Posted Jun 19, 2021 at 06:14am
I’ve never met Kai I just woke to read this story and I am filled with sadness for the entire family. How does this happen, was my main question and why to such a young soul. To say I’m very sorry fo your loss is a cliche, but know it comes from a meaningful place. I just want you to know that sharing your story has touched my life!
Comment Share
Share via:

Posted Jun 18, 2021 at 02:26pm
Words cannot express how sorry I am for the loss of this wonderful young man. Norrie, Kari, and Vea, please accept my deepest condolences. Norrie, I remember when he was born and you were so excited about Kai's arrival. I can't believe that 19 years later he is gone. Gone far too soon, but what a gift - a brilliant shining star, he was to you all. Tight hugs xo Barbara Thompson
Comment Share
Share via:
AD

Posted Jun 18, 2021 at 09:37am
My heart is heavy for you, Norrie. My family and I have also planted lupins in memory of Kai and the love he spread. Sending love to you all. 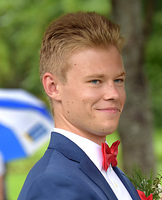 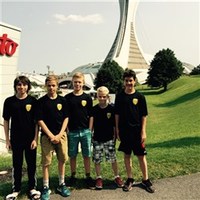