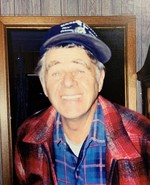 Lester Elroy Boutilier
87, of Hacketts Cove, passed away on Tuesday, May 19, 2020 after a short illness. Born in Halifax he was the son of the late Roy and Lottie (McLennan) Boutilier. Survived by his beloved wife of 65 years, Gloria Boutilier; children, Rusty (Anne); Beth (Robert) Boutilier-Sarty; Scott; Lester Jr. (Meloney); Dean (Wendy Kettle); grandsons, Jake, Jason, Kyle, Shayne; step grand-daughter, Laurie Sarty, great-grand-daughters, Denise and Emily Hart; sisters, Marion (Albert) Johnson and Freda Bastian. Besides his parents, Lester was predeceased by infant sons, Michael and Randy; brothers, Roland and Wilson. Lester from a young age was always working to raise money, working at building houses with his father in his teens and assisting his father, a Forest Ranger, fighting fires in St. Margarets Bay all the way to Spryfield. He then went to work in the lumber mill, Roy Boutilier and Sons. After that time, he went to work as a freight handler at the waterfront for the CNR under contract with Logistic Cooperation which he worked at for 45 years. Before his retirement he was past president of his union, Cornwallis Lodge 264 for 13 years. In his early years Lester, was an avid huntsman and later turned his love of nature to photography which he was a natural at. He was a member of the St. Margaret’s Bay White Caps Senior Club where he played darts. Also, the cribbage League and Bowling League where he won many trophies. He participated in 55+ Games in bowling for Nova Scotia and Canada and he won many gold medals. Lester was kind and loving and devoted his life to his wife and family. He loved people and enjoyed telling stories to everyone he met and had a great sense of humor. Lester enjoyed travelling and went on numerous bus tour and cruises. A special thank you to all the Dr’s and Nurses at the VG Hospital 6A and 7A and the Personal Care Workers from Closing the Gap. A Funeral Service will be held at a late date. In lieu of flowers donations can be made to St. Peters Anglican Church, Hacketts Cove or Charity of Choice. Online condolences can be made to www.rawalker.ca