To share your memory on the wall of Michael MacKillop, sign in using one of the following options:

Michael was born in Belfast, Northern Ireland, on April 23rd, 1946, to the late Michael and Mona (née McCaffrey) McKillop. He was predeceased by his parents, his first wife, Kathleen (née Doyle), her parents, his Canadian in-laws (Kathleen & Gerard Lauzière), as well as very close friends, Ronald Hazlett, and Michael Haley.

Michael appreciated his opportunities in life and was always up for an adventure. Having read books on the Klondike Goldrush by Pierre Berton, Michael yearned to travel to Canada’s North. With that goal in mind, he and Kathleen, as a young couple in 1969, left Ireland and landed in Nova Scotia. They rented a room in Hantsport when they arrived, and that accommodation resulted in a life-long friendship with his “Canadian family”, the Hazletts. From Nova Scotia, they moved to Vanderhoof, B.C., then Dawson City, and Whitehorse, Yukon, and eventually on to Toronto, meeting people and touching lives along the way. While in the North, Michael embraced the Canadian culture, learning to hunt and fish like the best of them. He was proud when he became a Canadian citizen, however, his heart and soul remained in the Glens of Antrim. After Kathleen’s passing in 2002, Michael returned to Ireland, making frequent trips back to Nova Scotia and Ontario. In 2006, Michael met Thérèse and embarked on another journey of love. Together they lived in Dieppe, New Brunswick, and then Halifax, spending as much time as they could at their second home in Cushendall, Northern Ireland. Some are fortunate in this life to find one love, but Michael was blessed to have known two loves, Kathleen and Thérèse. Mick understood how fortunate he was, and loved them both with all his heart.

Mick was a man of incredible talent. He was an artist, a world traveller, and a teacher. He would spend hours in his workshop, turning beautiful pieces of art to share with those who held a place in his heart. His workmanship was second-to-none, and his attention to detail shone through each piece molded through his skilled hands. In later years, Michael stepped into the art of photography and used his critical eye and technical prowess to capture beautiful images of people, nature, landscape, hockey and food.

Mick was a world-traveller. His inquisitive nature and his gentle ease in interacting with people afforded him much success. He travelled extensively throughout the Americas, Europe and Asia in his younger years as a result of his career, and in later years, for pleasure. He was a connoisseur of fine food and drink, and loved to share that passion with family and friends. If you ever needed a dining recommendation, whether near or far, he frequently had a suggestion.

At the core of his being, Michael was a teacher. His first job when arriving in Canada was as an industrial arts teacher at Hantsport School. He continued his teaching career across Nova Scotia, in the Yukon, and British Columbia. When his career path took a turn toward computer analytics, he stayed true to his nature, teaching software systems to organizations across the world. He had a brilliant mind, and his ability to retain and recall information was phenomenal. His soul was gentle and giving, so never did he make you feel intimidated by his ability. He shared his knowledge and experience so freely, and for that, he touched the lives of many across the world.

He was a tried and true fan of the Boston Bruins, and spent many a Saturday night enjoying CBC’s Hockey Night In Canada. He was passionate, fun-loving and genuinely interested in those around him. He was always a gentleman, had a wonderful sense of humour, spoke with the most beautiful Irish accent, and had a wide-ranging and long-lived love affair with music.

It is hard to say goodbye to him, but we are grateful that we had him in our lives. What a beautiful place this world is because of Michael (Mick)! His legacy will live on in everyone who had the good fortune to call him a family member or friend.

A funeral mass will be said at a later date, at St. Margaret Bourgeois Church in Upper Tantallon, N.S. Due to COVID 19, this will be by invitation only. However the mass will be live-streamed, so people across the world can join in. When travel can resume safely, a Requiem mass will be said and internment of Michael’s ashes will take place in St. Mary’s Church in Cushendall.
Read Less

Receive notifications about information and event scheduling for Michael

There are no events scheduled. You can still show your support by sending flowers directly to the family, or planting a memorial tree in memory of Michael Delargy MacKillop.
Plant a Tree

We encourage you to share your most beloved memories of Michael here, so that the family and other loved ones can always see it. You can upload cherished photographs, or share your favorite stories, and can even comment on those shared by others.

3 trees were planted in the memory of Michael MacKillop

5 trees were planted in the memory of Michael MacKillop

Posted Nov 19, 2020 at 02:08pm
I well remember Mr McKillop as a teacher in Hantsport when I was in high school. We were all fascinated by his accent. He was a lovely man and a great teacher.
Comment Share
Share via: 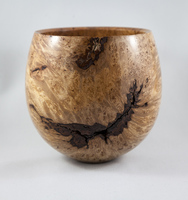 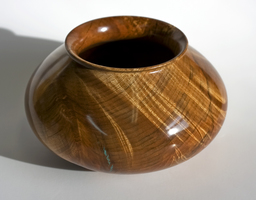 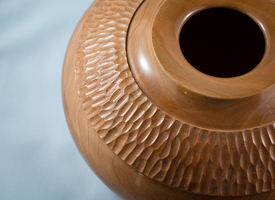