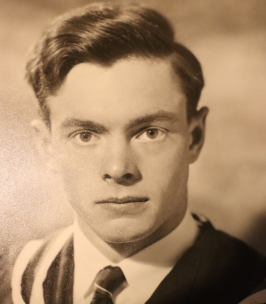 It is with great sadness and even greater hope in the gospel of the Lord Jesus that we announce the passing of Michael Scott Ramsey on Saturday, January 22, 2022. Michael passed away at home surrounded by his family. He was born on January 20, 1937, in Belfast, Northern Ireland, to Robert and Margaret Ramsey.

He worked as a pathologist and an ophthalmologist. He was Professor and longtime residency program director in Department of Ophthalmology at Dalhousie University during his tenure from 1971 until his retirement in 2010. He appreciated his friends, patients, colleagues, and staff. He was a member of Bedford Presbyterian Church, a congregation of the Presbyterian Church in America.

Michael is survived by his wife, Maria, and their four sons and fifteen grandchildren: Conal; Rory and Margareta, Elliot, Madeleine, and Caleb; Patrick and Rachel, Sean and Madison, Andrew, Aidan, Luke, and Asher; Kevin and Sonya, Claire, Max, Kai, Leo, Finn, Soli, and Noelle; and in Northern Ireland by Michael’s sister Elizabeth and Ken Bloomfield, and their children Caroline and Boyd McDowell, and Tanya Bloomfield.

He will be dearly missed.