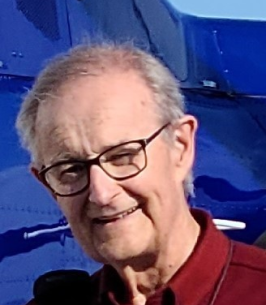 Peter was born August 30th, 1951, in Hamilton, Ont., the son of Joseph and Lucy Gregson (née Hodges). He grew up in Toronto and then attended Saint Mary’s University, where he met his future wife Sarah. He completed his BEng in Electrical Engineering at the Technical University of Nova Scotia and won the Governor Generals’ s Gold Medal for his year. He completed a Masters degree and then worked for Defence Research Establishment Atlantic, before leaving to start his company Micronet. He decided to return to school and completed his PhD. He was appointed to the faculty at TUNS, where he eventually became a full Professor, teaching at TUNS through its incorporation into Dalhousie University, until his retirement in 2010. He loved engineering and teaching and wanted students to see the challenges and satisfaction that engineering could offer. He started the Robots East competition for high school students to introduce them to engineering, both as a problem-solving mindset and as a career path. Further reflecting his deep love of engineering as a uniquely problem-solving pursuit, he founded the Innovation in Design Lab at Dal after being awarded the first NSERC Chair in Design Engineering. He was active in Engineers Nova Scotia for many years and continued to do private contract work after his retirement from Dal. Peter was very proud that both his sons followed his footsteps into engineering.

His other loves were sailing & photography. Peter was happiest when he was out on the water on his boat “Seachanger”. He loved to cruise up and down the coast of Nova Scotia and regretted that he had never had the opportunity to take a longer cruise to the Caribbean. He greatly enjoyed photography and spent much of his leisure time setting up for the perfect shot and then editing and perfecting his photos.

Peter is survived by his wife of 44 years, Sarah Kirby, his sons James and Edward, his sister, Helen Baxter and his nieces, Christine and Jennifer.

The family would like to thank Dr. Carmen Giacomantonio and Dr. Daniel Rayson and his team at the Nova Scotia Cancer Centre for their thoughtful and attentive care of Peter during his illness.

A Celebration of Life will follow at a later date. No flowers please. Donations in Peter’s memory can be made to Engineers Without Borders, Plan Canada, the Canadian Red Cross, Canadian Cancer Society or the Heart and Stroke Foundation.