To share your memory on the wall of Philip Varey, sign in using one of the following options:

On Wednesday November 11, 2020, Philip Charles Varey passed away at the age of 73, 11 months after being diagnosed with Cancer of Unknown Primary.

On Wednesday November 11, 2020, Philip Charles Varey passed away at the age of 73, 11 months after being diagnosed with Cancer of Unknown Primary.

Phil was born on June 19, 1947 in Hamilton, Ontario to John Charles Varey and Kathleen Varey (née Partridge). He graduated in 1975 with honours from McMaster University with a Bachelor of Commerce. A career with Nortel took him from Toronto to Dallas, West Palm Beach and Atlanta, GA. After a break to sail the Caribbean single-handedly for 3 years, he ended up back in Atlanta, where he met his wife Beth Newman. Phil and Beth moved to Nova Scotia in 2006 and have resided happily in Seabright on St. Margaret’s Bay ever since.

In addition to sailing, Phil loved running, and completed over 20 marathons, including the Boston Marathon twice. He built many things around the house, as long as he could buy a new tool for the job. Other loves included skiing, bridge and traveling with Beth and her sister Laurie. In spite of having horrible taste in music and an inability to carry a tune, he loved to sing and dance, and would dance anywhere anytime. He helped many friends who were struggling to find serenity in their lives. Phil was very intelligent, outgoing, welcoming, funny, loyal, and generous. He was loved by and will be missed by many, many people.

Phil was preceded in death by his father, Jack, and his mother, Kate, as well as his brother John Douglas Varey (Lynne Brennan). In addition to his wife, he is survived by his brother Raymond Bryan Varey (Lynn), as well as three nephews (Matt, Jeff and Chris Varey), one niece (Allison Varey) and ex-wife Susan Varey. No service will be held. Many thanks to VON, Palliative Care and MAID for their help during this time.
Read Less

Receive notifications about information and event scheduling for Philip

There are no events scheduled. You can still show your support by sending flowers directly to the family, or planting a memorial tree in memory of Philip Charles Varey.
Plant a Tree

We encourage you to share your most beloved memories of Philip here, so that the family and other loved ones can always see it. You can upload cherished photographs, or share your favorite stories, and can even comment on those shared by others.

Posted Dec 01, 2020 at 08:11pm
May these newly planted trees which improve our earth represent how Phil lived his life . He will always remain in our hearts.

3 trees were planted in the memory of Philip Varey

Posted Dec 15, 2020 at 12:15pm
I was so sorry to hear about Phil. I really liked Phil and enjoyed time with him at the Hash. He had a really good sense of humor. I missed Phil and of course Beth when you left Atlanta for Nova Scotia. I am glad that Phil got to go back to Canada and spend his last years in a place he so loved. On On Janet (WS) Bogle
Comment Share
Share via:
M

Posted Nov 28, 2020 at 09:50pm
Dear Beth:
I would like to extend my sincere condolences to you upon Phil's death and my thanks for sharing his journey. I think you are very brave to do so and also kind to include the people you two know as a couple in this part of your journey. It's a part of our life that some of us have already been through or will be engaged in and without a doubt our second biggest life event.
I remember Phil from our Book Club gatherings and parties as an extremely kind, friendly, well spoken person who also had an amazing quality of grace, an inner strength. The last time I talked to him was on the phone when he was well into his hospital treatments. Even at that stage of his cancer he was so calm and full of grace. I can only imagine that his strength must have made that hard journey easier.
Len and I will miss him and remember him.
Namaskar
Comment Share
Share via:
KD

Posted Nov 18, 2020 at 03:49pm
Wishing you peace to bring comfort, courage to face the days ahead and loving memories to forever hold in your heart. Susan & Norman 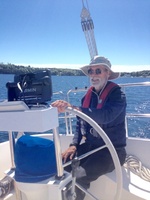 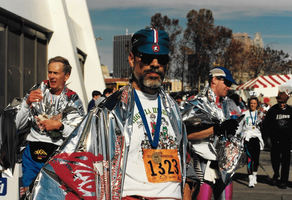 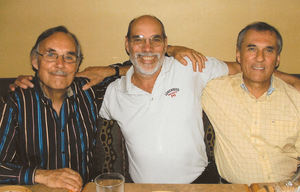