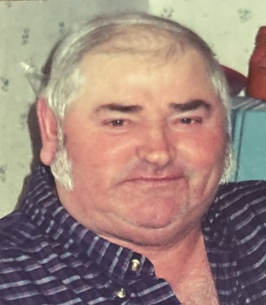 Rodney Paul Boutilier
Age 79, passed away August 9th in the QEII Health Sciences Center, Halifax. Born in 1943 to the late Freddie and Lois Boutilier of Paddy’s Head, NS. Rodney was predeceased by sisters, Myrna and Vola (Aletta) and his brother, Charles.  Survived by his loving wife Goldie (Murray) of 56 years; sons, Darren (Wendy) and Robin; granddaughters, Olivia (Kyle) and Jillian (Devon);  sister-in-law Kathy, nieces, Deanna (Norman) Murphy, Cecilia (Ryan) Murphy, Charlie Murphy, Barbie (Guy) and Travis Kendall, Rosa (Rob ) Morash and Ronnie Rideout who he loved like a son. Rodney spent 56 years on the water providing for his family doing what he loved, fishing. His first days on the water were spent with his father and then years later with both his sons.  Even though he retired at 64 he spent countless hours cutting out lobster trap heads and splicing ropes for another 15 years.  He was a man that lived a simple life. If you wanted a good card game he was always willing to beat you, just ask Goldie.  A win at the bingo hall always brought a grin to his face. Many friendships developed from those bingo nights and he appreciated each and every one of them.   He cared deeply for Bella (their cat) who had morning treats and back scratches daily. Rodney will never be forgotten but forever remembered and missed by all who were fortunate to know him. A special thank you to Dr. Scovil and Marg and the many VON’s who cared for him over the years with his health challenges and the nurses on 8.2 of the QEII Hospital. Your compassion and care was truly appreciated. Clear skies and light winds ahead, steam on Skipper.