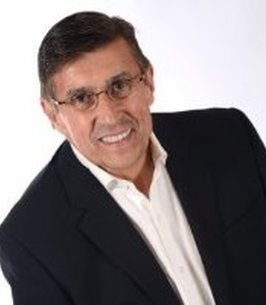 It is with great sadness that we announce the passing of Ross Moore (66) after a long and courageous battle with cancer.

He also leaves to mourn a large extended family and wide circle of friends including his Subway family.
Ross’ first love was for his family. He married his high school sweetheart and they had triplet boys of whom he was so proud. Later came six beautiful grandchildren that adored their “Grandpa”. The house was always full of love and laughter. Ross’ happy disposition endeared him to all who had the good fortune to know him.
Ross grew up in St. John’s, NL. One of his first jobs was with Tooton’s where he nurtured his talent for photography. In 1990 he and the family moved to the Halifax area, in Nova Scotia which became their new home. Not long after arriving he joined Tom at Atlantic Subway. Ross loved his work as “Director of Development” and everyone he touched loved and admired him. Together, Ross and Tom grew Subway into one large family of co-workers and friends. Ross, Tom’s best buddy, shared his love of sailing and they even challenged the North Atlantic, sailing from Belgium to Nova Scotia together, a trip of a lifetime for them both.
Ross’ untimely passing leaves a huge hole in our hearts. We are thankful that his suffering is over and we are grateful for all the happy memories we shared with him that have made our lives so much brighter.
A heartfelt thank you goes out to all hospital staff, nurses and doctors at the Queen Elizabeth II Health Sciences Center (Victoria General / Halifax Infirmary) that took such great care of Ross over these last 7 years
An extra special thank you also goes out to Dr. Reza Mehrpooya in Hubbards – Ross’ General Practitioner. Dr. Mehrpooya was a very strong advocate for Ross during his 7 year fight with Myeloma and Ross’ family will always be grateful for his efforts.

Cremation has taken place and a private family funeral service will be held at Ronald A. Walker Funeral Homes, Upper Tantallon, NS on March 12th. All are welcome to visit https://www.rawalker.ca/ to read the obituary and sign the online memorial guest book. A celebration of life is being planned and will take place at a future date.
In lieu of flowers donations can be made in Ross’ memory to Multiple Myeloma Canada, NL / NS SPCA or Alzheimer's Canada