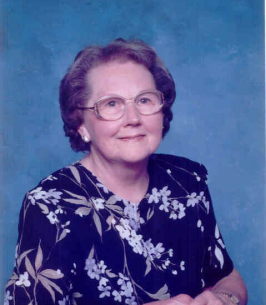 Shirley was predeceased by Murton, her husband of 65 years, a brother, Dougie Rhyno, and a great granddaughter, Elizabeth.

Shirley held strong opinions and was a woman of deep faith, integrity and commitment. Family and God came before everything else. She gave tirelessly of herself and was the ideal mother, grandmother, wife and friend. She left her profession as a teacher to raise her children, and for many years she and Murton partnered with Bill and Marg Dow in owning and operating Dow and Wile Electric Ltd. Later in life, Shirley worked in retail at Heirloom Enterprises, a business owned by her friends Suresh and Pushpa Paliwal.

Shirley and Murton raised their children in the home they built in Timberlea, and their time was split between there and the Wile family homestead in Petite Riviere, NS, known to the family simply as “Petite”. They were known for their hospitality, humour, stimulating conversation, weekly card playing with friends, daily Scrabble games, and love of life. They enjoyed square dancing, and were founding members of Trinity United Church in Timberlea, where they filled many volunteer positions, and Shirley held the distinction of being the longest serving member of the UCW. Shirley was a prolific reader, writer, and a lifelong learner. She had a keen eye for detail and colour, a love of flowers, and she excelled at photography, sewing, knitting, baking, and gardening.
Once their health declined, Northwood became Shirley and Murton’s home, where they were fortunate to be able to share a room. After Murton’s death, Shirley refused to mourn. She focused on living each day to its fullest and relished her many happy memories of the years they had shared. Those memories sustained her throughout the rest of her life. Shirley was admired and respected by all who knew her. She touched many lives and lived her life well. She loved unconditionally, and freely gave support, forgiveness, and encouragement, without expecting praise or recognition.

A graveside ceremony for Shirley will take place on Tuesday, August 3, 2021, at 2:00pm at the Wesley United Church Cemetery, Italy Cross Road, Petite Riviere, NS.
COVID restrictions of social distancing & wearing of masks will be in place.

The family wishes to thank the staff at 3-Center, Northwood for their care and compassion.
Donations may be directed to Trinity United Church, 67 Trinity Way, Timberlea, NS B3T 1B8 or to Wesley United Church, 22 Drews Hill Road, Petite Riviere NS B4V 5Z8