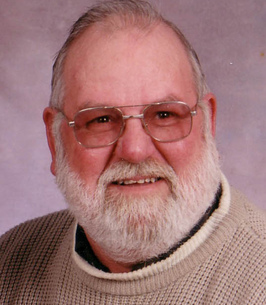 The family of Wylie Mervyn Minick, Head of St. Margaret’s Bay, is deeply saddened to announce his passing at home on Aug 12, 2021 . Wylie was born in Upper Northfield, NS on Dec. 13, 1938 to the late Clarence and Beulah (Lohnes) Minick.

He had a lifelong career working for the Province of Nova Scotia government. From 1956-1960 he was a Page at Province House and continued on with the government as a Micrographic Tech until retirement. Wylie enjoyed spending time with those close to him, sitting by a campfire having a beverage or two laughing and chatting with family and friends, going for long walks with wife Betty, going on weekend hunting trips with his nephew Peter and doing a little fishing or Sunday morning tea with friend Larry. He was always up for a challenge when it came to all items that didn’t work and was generally successful in bringing them back to working condition. And not a day went by when he wasn’t hanging out with the boys at Billy Joes Automotive. His skill in the kitchen also gave him great pleasure, making the old fashioned meals that he grew up on, his deliciously famous coleslaw or the jams he made and often traded for the relish that was made from his mother’s recipe. Family, friends and neighbours could always count on Wylie when they needed a helping hand.

He is survived and will be greatly missed by his wife of 48 years, the former Betty Bell (Rhyno) and his step-children, Danny (Andrea) Rhyno; Chris (Shelley) Rhyno; Gina MacPhail; Sue (Jim) Slaunwhite; his step-grandchildren and great grandchildren, as well as many nieces and nephews. He will also be missed by one nephew in particular, Peter Joudrey, who Wylie considered his best friend and will also be missed by his cat Willie.

He was predeceased by sisters, Marie Joudrey, Marion Collins and Marjorie (in infancy); brothers, Debney, George, Carroll, Luther and Wayne; step son-in-law Wayne MacPhail.
The family would like to extend their heartfelt thanks to the Palliative Care Workers, specifically Megan Summerfield, Dr. Benno Lang, the VON and the Paramedics who provided such excellent care to enable Wylie to stay at home.

No visitation by request. A Celebration of Life will be held at a graveside service 11 a.m. Tuesday, August 17th in the Mason’s Point Baptist Cemetery, Masons Point. Rev. Willis Ott officiating. Due to Covid 19 restrictions social distancing will be practiced and masks are required. The family asks that memorial donations be made to the Masons Point Baptist Cemetery Fund, Head of St. Margaret’s Bay or charity of choice. Online condolences can be made to www.rawalker.ca