To share your memory on the wall of Ricky Ayotte, sign in using one of the following options:

72, of Timberlea, passed away peacefully at home on November 24th, 2020, surrounded by his loving family. Born in Aylmer, Quebec, he was predeceased by his father Gordon Ayotte, and his mother Sybil (Teske) and step-f... Read More
Ricky Thomas Ayotte

72, of Timberlea, passed away peacefully at home on November 24th, 2020, surrounded by his loving family. Born in Aylmer, Quebec, he was predeceased by his father Gordon Ayotte, and his mother Sybil (Teske) and step-father Sidney Nitschkie.

Rick served 30 years in the Royal Canadian Navy, retiring at the rank of Chief Petty Officer 2nd Class. Never one to sit idle, Rick commenced his retirement by buying and running a portable sawmill. He also worked several years in electrical quality control for Irving Shipbuilding.

Rick loved the outdoors. In his younger years, he took his family camping at Kejimkujik Park, and later on, he treasured hosting family BBQs and lobster boils at the cottage in White Point. Rick also looked forward to his annual hunting and fishing trips with his buddies from Truro and PEI.

Active in his community, Rick coached his children’s hockey and soccer teams, and more recently, he volunteered with the Queens County ATV Club, to help expand the Queens County recreational trail.
Rick devoted his life to his family. He will be lovingly remembered by his wife of nearly 50 years, Marie (McCully), and his children Jennifer (Dave) Cameron of Halifax, Chris Ayotte (Julie St. Pierre) of Stillwater Lake, and Kathryn McCulloch (Chris Adams) of Timberlea. Rick is also survived by his sisters-in-law Agnes McCully and Joelle Caplan of Coldbrook, his brothers Paul Ayotte of Alameda, SK and Neal and Jeff Nitschkie of Buckingham, QC, as well as his nephews Chad, Nathan, and Anthony.

One of Rick’s greatest joys was spending time with his grandsons Luke, Henry, Joseph, Jack, and Thomas. Grampie never missed an opportunity to see them play basketball, hockey, or soccer, or sing at their Christmas concerts. He was also thrilled that Luke is considering following in grandfather’s footsteps, pursuing electrical engineering in college next September.

Rick will always be remembered for his strength, good nature, and loyalty. We are grateful to our family and friends, especially Ralph McCann, who have been so caring during this difficult time, and for the continuous support they provided to Rick.

Due to COVID-19 restrictions there will be no service. A celebration of life will be held at a later date. Online condolences may be made at www.rawalker.ca. Memorial donations may be made to VON Greater Halifax or the Canadian Cancer Society.
Read Less

Receive notifications about information and event scheduling for Ricky

There are no events scheduled. You can still show your support by sending flowers directly to the family, or planting a memorial tree in memory of Ricky Thomas Ayotte.
Plant a Tree

We encourage you to share your most beloved memories of Ricky here, so that the family and other loved ones can always see it. You can upload cherished photographs, or share your favorite stories, and can even comment on those shared by others.

Posted Dec 03, 2020 at 03:18pm
Marie: Please accept our sincere condolences. When we think of Rick, we remember his smile, his laughter and his many stories.
We know that you have many wonderful memories and hope that they will be a comfort in the difficult days ahead.
Sincerely;
Brian and Phyllis Manthorne
Comment Share
Share via:
WZ

Posted Dec 01, 2020 at 08:46am
So sorry to hear of Ricky's passing. My condolences to Marie, and all his family, and friends. I have very fond memories of our sailing together. We enjoyed the humorous times. We enjoyed the food on our travels in NATO. Rick always had a helping hand to everyone. Fair Winds and Following Seas my friend! Rest in Peace Ricky. Bill Zaib. (Shipmate and Messmate)(williamzaib@icloud.com)
Comment Share
Share via:
NM

Posted Nov 30, 2020 at 11:58pm
Marie and family, my sincere sympathy to you all at the passing of your dear husband, father and grandfather. May all your memories sustain you in the coming days.
Comment Share
Share via: 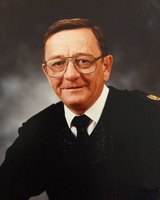 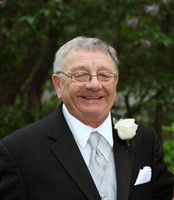 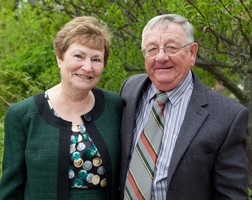