To share your memory on the wall of David Longard, sign in using one of the following options:

Provide comfort for the family of David Longard with a meaningful gesture of sympathy.

Provide comfort for the family by sending flowers

We encourage you to share your most beloved memories of David here, so that the family and other loved ones can always see it. You can upload cherished photographs, or share your favorite stories, and can even comment on those shared by others.

Posted Mar 07, 2019 at 07:32pm
When thinking of David I see him as a young lad, a student of mine, in the church school at 19 Parker St. in Halifax. He, Sharon and Roy would arrive in town early and often escort me to school in the morning. It was a pleasure having the family as students, and David often kept things lively. It was very sad to learn of David's passing and we will now have to wait for that great meeting above. Wishing God's comfort for each family member. Janette Dooks (Matthews)
Comment Share
Share via:
DN

Posted Feb 27, 2019 at 05:33pm
We were so lucky to have spent time with Uncle Dave this past summer. Sending you our love and prayers during this difficult time.

Posted Feb 26, 2019 at 07:58am
I was so saddened to hear of David's passing. My thoughts and prayers are with Dorothy and the family. I don't think I ever remember David without a smile and a friendly banter.He will be missed by all who knew him .BTW, I never did win a game of checkers against David ,though I tried .
God Bless
Ferne(Hyson)
Comment Share
Share via:
PS

Posted Feb 25, 2019 at 11:36pm
Dorothy and Family, sorry to hear of Dave’s passing. He was a great neighbour and we will miss his enthusiastic chats while dog walking on Longards or boating out the cove to mackerel fish. Our sincere sympathy. Pat and Rollie Swim.
Comment Share
Share via:
HS

Flowers were purchased for the family of David Longard. Send Flowers 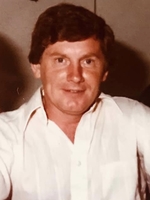 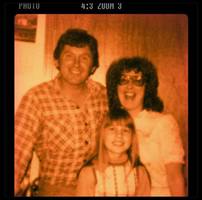